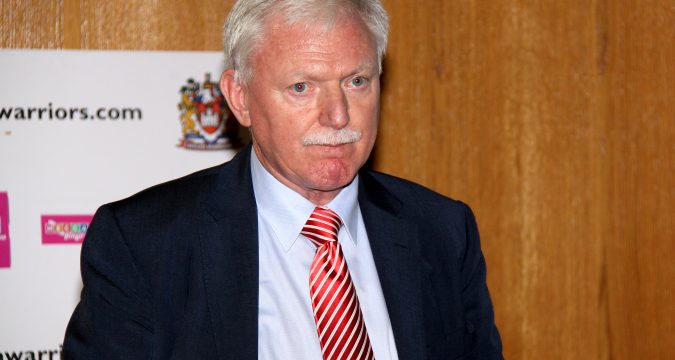 Wigan Warriors have denied a story in today’s issue of League Express that their Chairman Ian Lenagan is about to sell his interest in Wigan Warriors.

The story claimed that “Lenagan is on the verge of selling his ownership of the club to multimillionaire businessman Michael Danson, who bought an initial stake in the club last year.

“Although no details have yet been confirmed, the price, if finally agreed for the deal, is thought to be around £10 million.”

Lenagan insists, however, that the story is inaccurate.

“This report is false,” he said in a statement published on the Wigan website.

“I am surprised that the editor of League Express, who has my personal mobile number and has phoned me many times previously for comments, did not check with me the accuracy of it before publishing.”

Lenagan continued: “It is well known that Mike Danson and Darryl Eales are shareholders in Lenagan Investments, the company which controls ownership of Wigan.

“This is a very strong position for Wigan Rugby League Club Ltd and its supporters. There are no current plans for the Lenagan family to relinquish control of Lenagan Investments and, hence, Wigan Warriors.”

Lenagan, who is now aged 75, bought the Wigan club in 2007 through his family holding company, Lenagan Investments Limited, and last year he was thought to be making a bid to buy Wigan Athletic Football Club, after that club went into administration.

That would have given the Rugby League club more control over the DW Stadium, where they currently operate as secondary tenants to the football club.

Danson, who, like Lenagan, was born in Wigan but moved away from the town to enjoy financial success, is thought to be a football supporter and his move to buy shares in the Rugby League club was thought by some observers to be linked to a bid for the football club and the stadium.

There has still be no confirmation from the administrators of any successful bid for the football club, although the joint administrator Gerald Krasner did confirm that he had spoken to Lenagan.

“We strongly believe that Wigan Athletic is better being locally-owned,” said Lenagan at the time.

“As sustainability and ownership of the stadium is equally important to both clubs, we are currently working with our longstanding advisers KPMG and talking to external parties.”

Danson’s personal fortune is estimated to be in the region of £1.1 billion.

He is the founder of GlobalData Plc, a data analytics and consulting company, headquartered in London.

The company was established in 1999, and has been listed on the London Stock Exchange since 2000. It employs over 3000 personnel across its offices across the UK, US, Argentina, South Korea, Mexico, China, Japan, India and Australia. R&D centre is in India.

Danson is also on the board of 13 other companies and he also owns the New Statesman political magazine.

He previously sold his Datamonitor market research group in 2007 for £502 million and his proceeds and previous share sales came to £193m.

If Danson does become the majority owner of Wigan, he will be comfortably the wealthiest club owner in Super League.

With his wife Helen he runs the Danson Foundation, which donated £1.5m to his old Oxford college, St Anne’s, to provide bursaries to students from disadvantaged backgrounds.

The Foundation also supports disabled children in Cambodia and women’s education in Uganda.

In 2018 he was reported to have spent $31.5 million on a 12,000 sq ft, six-storey home in Manhattan’s Upper Eastside in New York City, which was formerly owned by the singer Michael Jackson.

The above content is also available in the regular weekly edition of League Express, on newsstands every Monday in the UK and as a digital download, although the initial story has been modified. Click here for more details.