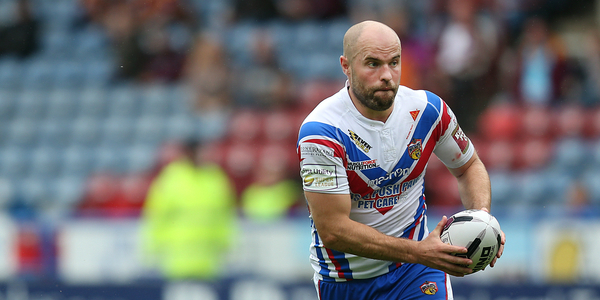 Ireland captain Liam Finn has stated there is ‘no room for error’ as his side push for a successful campaign down under in their third consecutive World Cup.

The halfback led the Wolfhounds during the 2013 campaign in which his side failed to claim a victory, including a 50-0 thrashing against the Kangaroos. However, Finn has stated his intentions of qualifying through the group stages this time around in Ireland’s first time returning to Australia since 2008.

“There is no room for errors. We want to qualify so we need to start well,” said the 33-year-old.

“Our goal at this moment is to build for a performance against Italy and try get off to a good start.

“Then, of course, a once in a lifetime game in Papua New Guinea will be a unique test for all of us to look forward to.”

Grand Final winner Brad Singleton and St Helens forward Louis McCarthy-Scarsbrook are amongst a handful of new faces around the Ireland camp since the last World Cup campaign, but the captain has since expressed that the new boys have quickly settled in.

“The camp so far has been good,” said Finn.

“We’re still gelling and getting over the jet lag but training well at the same time.

“The new lads have bought straight into the side and are great around the squad.

“There are some good leaders within there too who will lead from the front.”

Ireland are currently ranked seventh in the world and have odds as big as 500-1 to win the tournament, but Finn, the most-capped Ireland player to date, has confidence in his team.

“I think we will see some stand out players from our team.

“The senior players will hopefully set a platform and players like Joe Philbin, Api Pewhairangi and Will Hope will show the world what they can do off the back of that.

“I don’t feel any great pressure in terms of leadership; I feel I have a lot of help from the other senior players.

“People like Scott Grix, Michael McIllorum, McCarthy-Scarsbrook and Kyle Amor are helping to drive our standards from day one.

“I’m feeling good and confident in our team!”

Ireland kick off their World Cup campaign against Italy on Sunday, October 29 at Barlow Park, Cairns, where Scotland will face Tonga in a double-header.