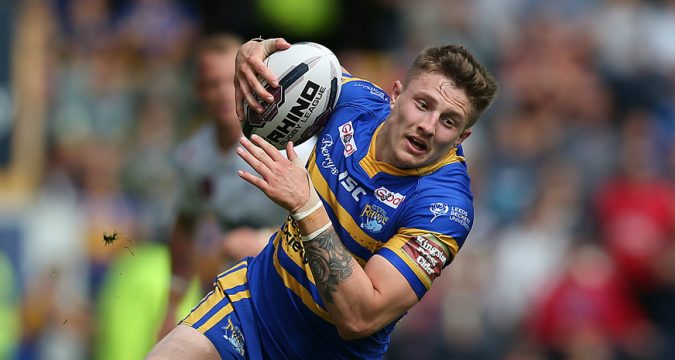 Leeds Rhinos utility Liam Sutcliffe is attracting interest from rival Super League clubs about a move away from Emerald Headingley in 2021.

League Express has been told that at least one top-flight club has held discussions with Sutcliffe regarding a deal for next season: despite him remaining under contract with the Rhinos next year.

Sutcliffe has made over 150 appearances for Leeds since his debut for the club in the 2013 season, and is well-regarded for his versatility across the pitch.

And with other clubs learning Sutcliffe could potentially be available despite having a year remaining on his contract, it has sparked interest in him in regards to a switch of clubs for 2021.

The future of players like Sutcliffe are under further doubt after the Rhinos admitted discussions have taken place regarding alterations to the club’s budgets for 2021.

The club estimate a loss of £4million during the next 18 months due to COVID-19, and director of rugby Kevin Sinfield admitted: “Clearly the lockdown is a huge hit to the club’s financial plans.

“As you would expect, there have been long and detailed conversations between myself, Gary Hetherington and our financial director Nigel Chambers as we discuss various options to altering our budgets and salary cap plans for the ‘new normal’ world that lies ahead for us.

“Our Operations Director, Sue Ward, and Head of Medical Services, Dr Marwan Al-Dawoud, have been working tirelessly to prepare the stadium and our training ground to protect all our staff and make sure we are ready to go once we get the all clear to return.

“As part of that process, I know they have spent countless hours making sure our stadium is ready for our fans to return safely once we receive the go ahead from the authorities as well.”