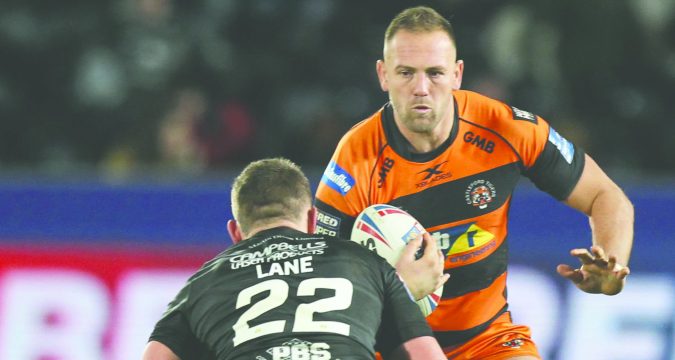 Daryl Powell has confirmed Liam Watts will be available for selection ahead of Castleford’s game with selection.

The prop missed last week’s game with Catalans after a bizarre injury saw him injury his arm with a saw.

But he has returned to training and could feature when the Tigers take on the Super League champions.

“Wattsy will be available,” Powell said.

“He’s got a fair scar on his arm but he’s trained the last couple of sessions. He’s padded and strapped his arm up so he’ll be available and we’re looking forward to having him back.”

And in a further boost, Powell admitted Sosaia Feki could make his debut after two calf injuries ravaged the start to his season.

Feki, an off-season recruit from NRL side Cronulla, has yet to play for the club but Powell said he was available for selection and would play in the next two weeks.

“If he doesn’t play this week he’ll play the next game,” he said.

“I’m looking forward to seeing him as we’ve not seen much of him.”