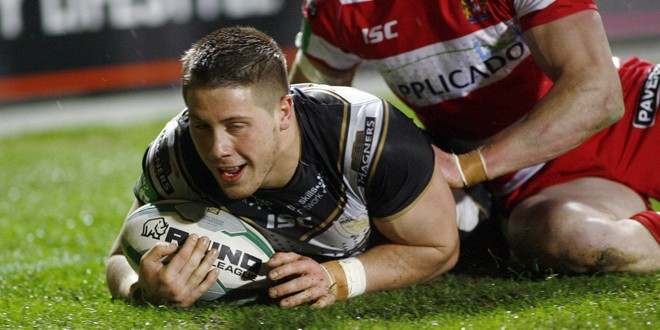 Warrington Wolves winger Tom Lineham has revealed he’s chomping at the bit to make his debut for the club this Sunday.

Lineham has been named in Tony Smith’s squad for the festive friendly against Widnes this Sunday, and is amongst several new faces who will get their first runout for the Wolves.

And he said he’s fit and raring to go – and he can’t wait to get to grips with his new team-mates in a game.

“It’ll be good to get stuck in, put the shirt on – which means a lot to me, play with new teammates and hopefully put in a good performance,” he told the Warrington Guardian.

“I’ve been in pre-season training for a month and am still learning the playbook but hopefully on game day I can put in a good stint.

“For us, it’s about getting combinations going with the players around you, getting to know how each other plays.

“That gives an insight as to where we are up to. It feels good in training and now it’s about putting that on to the first big stage.”