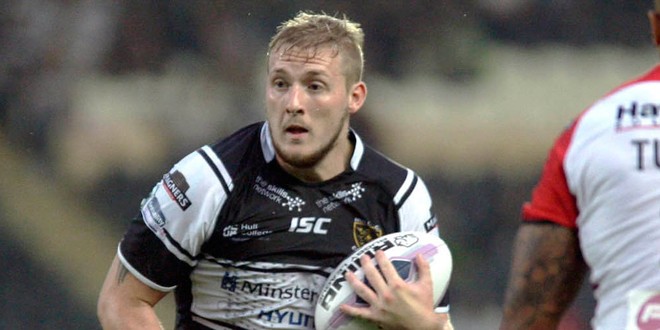 Hull FC coach Lee Radford has stressed that youngster Jordan Abdull does still have a future at the KCOM Stadium, despite being sent out on loan in 2017.

Abdull has joined cross-city rivals and recently relegated Hull Kingston Rovers on a season-long loan after another year of limited opportunities for the versatile 20-year-old in 2016.

But, despite that, Radford told League Express that Abdull is very much a part of his long-term plans and a year in the Championship with Rovers should stand him in good stead for his return. “For sure, he’s definitely got a future with us,” Radford said.

“I wouldn’t have given him a three-year extension if not. What’s important for Jordan is that he goes there and gets game-time, which would have been reduced here because of the numbers we’ve got.

“Over there, he’s almost assured of it. One of the areas we spoke about improving was staying in games when things aren’t working out for him.

“The more he plays and the more mistakes he makes – this sounds daft, really – but the better it’ll be because he will respond and it will benefit him in the long run.”

Radford also gave an insight into how he envisages replacing the imposing presence of Frank Pritchard in his matchday 17 next season.

“The likes of Dean Hadley and Danny Washbrook will certainly be fighting for more minutes as a result of Frank going,” he said.

“The minutes Dean can get will free up some chances for other lads. “Guys like Jack Downs and Jansin Turgut, those lads. I’m looking forward to seeing how they pull up on Boxing Day and I’m looking forward to seeing how they’ve progressed. Frank was on the bench predominantly throughout the year, and in all honesty, we might not necessarily go with a backrower on the bench next year.

“What that could do is free up an opportunity for someone else to have a go and get their chance. Pre-season is a great time for me, because I get to coach properly.

“What I mean by that is I’m not patching people up and sending them back out there to play on a regular basis; they’re getting proper training and proper minutes into them on the training field. I’m looking forward to seeing how a couple of them react when the friendlies start.”