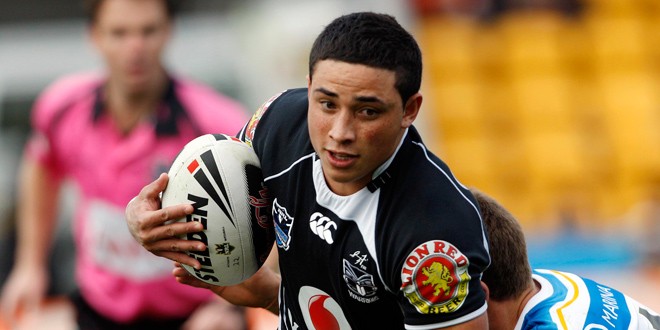 Salford Red Devils star Kevin Locke admits it was an easy decision to move across the world and sign for the club, admitting he is incredibly happy to be here.

Locke arrived in England last week after a turbulent ending to his time in New Zealand with the Vodafone Warriors, after he fell out with coach Matt Elliott about his role within the team. But he insists he has put that behind him, and is now looking forward to the fresh challenge of taking on Super League.

“At the start it was a big decision, because I wasn’t too interested in coming to England. But as the time went on last year and I was hearing about Sam Tomkins, I thought if he was going to come and play full-back then I may as well leave and play the position I want to play in,” Locke said.

“Matt Elliott gave me mixed emotions and what not, but the decision over the last six months has been incredibly easy to make. I’m very happy to be here at Salford. Sam moving over didn’t hurt me, it was all the lies that hurt me about where I was going to play.”

You can read a full interview with Salford’s newest Red Devil in this Monday’s issue of League Express. Don’t miss out on what Locke has to say about Sam Tomkins, the English game and his relationship with Rangi Chase.