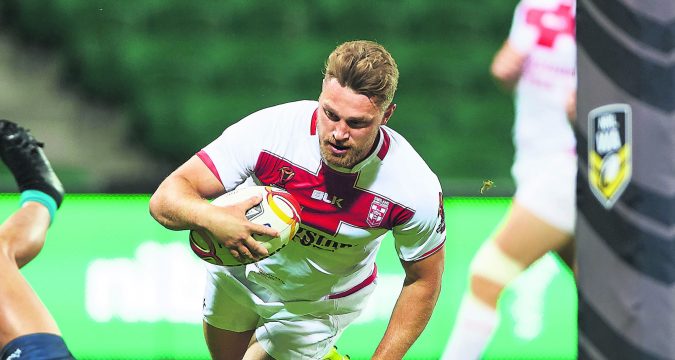 Jonny Lomax has been selected at fullback for England’s World Cup opener with Australia.

The St Helens fullback has been given the nod over Stefan Ratchford, despite being the only member of the travelling squad not to feature in the warm-up match against the Combined Affiliated States.

England won that game 74-12 with Ratchford and Gareth Widdop featuring at fullback, but Lomax will take up the role against the defending world champions in Melbourne on Friday.

Meanwhile, Sam Burgess will remain in the back-row after impressing there last week, partnering Elliott Whitehead while Sean O’Loughlin will captain the side at loose-forward.

James Roby has been named on the bench.