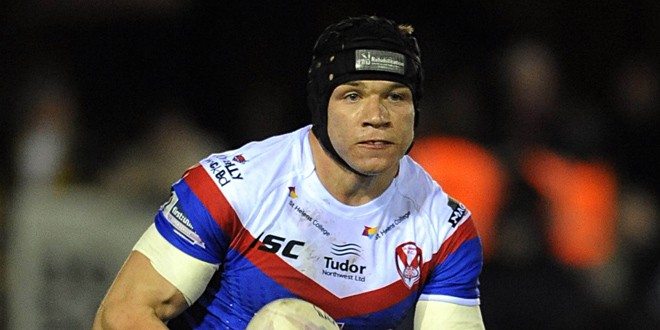 Jonny Lomax’s horrendous injury woe looks set to be almost behind him, with specialists telling him he should be all clear in four to six weeks.

Lomax has endured a hellacious two-year spell that has seen his career ravaged by knee injuries, which has resulted in two knee reconstructions.

But there now appears to be light emerging at the end of the tunnel after Lomax returned from a visit to Ireland to see specialists who told him his problems are nearing a conclusion.

It was news that delighted Saints head coach Keiron Cunningham, who admitted that the fullback had been left down in the dumps due to his injuries.

“Jonny is in a good place, now roughly 10 months since injuring it,” he told The St Helens Star.

“He is fit and is light years ahead of where he was when he came back last time. Hindsight is a great thing though.

“The surgeon said it would be 12 months at the time, and I have never known a surgeon to say that, it is normally six to nine months.

“He is four to six weeks off now, so he will miss a game or two and then we can filter him back in.

“He can run in the halves or full back – we can do lots of things with Jonny. He is an outstanding talent.”

“Rugby League can be fickle and as soon as you are away from the limelight you can be on the trash heap. That is just the way it goes.
“I am sure Jonny will change a few of those opinions when he is back running around the field and setting up a few tries.

“Jonny has been in a dark place; coming back from back-to-back knee recos you are on your own. When you are injured like that you are out of the squad and the connection is quite strained and you don’t feel part of the team.”