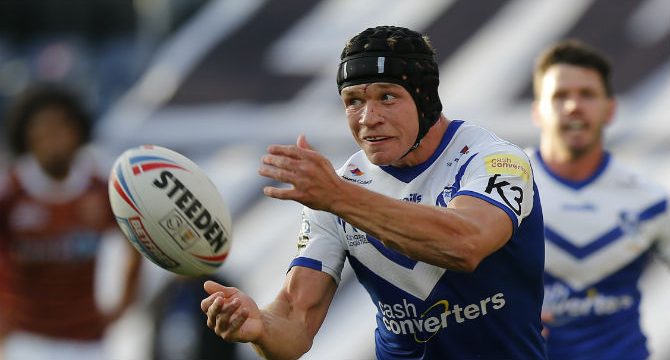 Wigan’s starting 13 from last week where all omitted ahead of their Challenge Cup semi-final on Saturday. Kai Pearce-Paul, Sam Halsall, James McDonnell, Harry Rushton, Ben Kilner and Umyla Hanley all made their Super League debuts.

Kristian Woolf, other than Tommy Makinson and Mark Percival, had a full-strength squad at his disposal. Lewis Dodd made his long-awaited debut from the interchange bench.

Saints were nothing short of relentless in the first half. Lachlan Coote supplied a short ball to Alex Walmsley, while Lomax provided cut-out balls on both sides to provide both Jack Welsby and Regan Grace with simple finishes out-wide to ensure a strong 0-18 lead at the interval.

Unfortunately for some, the reigning champions went on to continue their dominant display. Kyle Amor’s short ball put Morgan Knowles through a gap, James Bentley received the ball from Lomax and fought off multiple Wigan defenders to score, and Kevin Naiqama timed a pass to Jack Welsby out-wide to perfection.

Despite a sin-bin to Lomax for a tip-tackle on Sam Halsall, the Warriors would still be breached defensively. Regan Grace caught a ball from Lachlan Coote and weaved around Umyla Hanley to score under the posts.