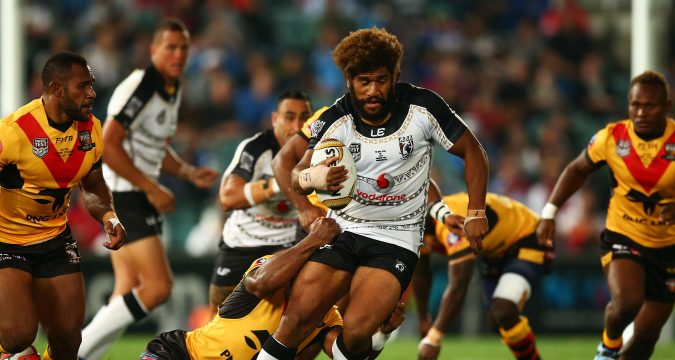 The Fijian international, had spells at Wests Tigers and Canterbury Bulldogs before joining the Sharks, while he played for Australian Schoolboys in 2009. In 2013 he played for Fiji in the World Cup.

“I’m really looking forward to the move to London – it’s a big change for me, but one I’m really excited about,” said Roqica.

“I’m ready for something different in my career and I’m looking forward to a new start, but I’ll always be thankful to the Sharks for giving me this opportunity. I’ve loved my time with the boys.

“The Broncos have been pretty clear in what their goal is – they’re a club fighting for promotion back to Super League. They’re working very hard towards that goal, and it’s one I’m really looking forward to getting behind.”

Head coach Andrew Henderson added: “The addition of Junior to our pack should be a strong one. He’s both powerful and versatile with a good work ethic. He has the ability to play both in the middle and on the edge which is a bonus for the team.

“Junior has a good pedigree, coming through the West Tigers youth system and was an Australian schoolboy before representing Canterbury and Cronulla in the NRL. He has also been part of a successful Fijian team on the international stage in recent years.

“The experience he’s gained thus far in his career is exciting and should prove valuable to us. Having spoken to him – he’s always willing to keep learning and to keep improving and is genuinely excited about the opportunity he has at London and helping the team progress.

“That’s a huge part of our philosophy at the Broncos, and it makes him a good fit for our 2017 squad.”