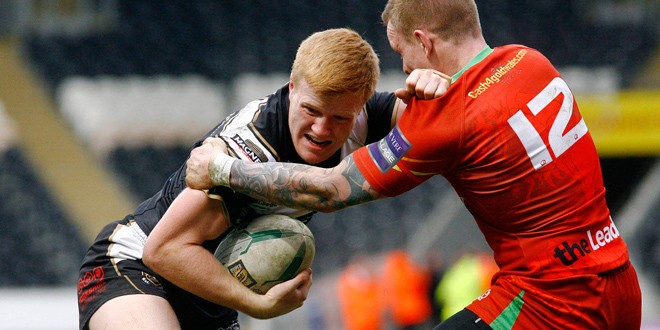 The 21-year-old played for the Broncos on a season long loan in 2014 before being recalled in July. He made his debut with Hull in 2012 and has made 25 appearances in Super League.

Head coach Andrew Henderson said: “It’s fantastic to bring James back to the club. I think he’s a quality player and quality person and will fit in well with what I’m building here.

“It is important at his age that he’s getting regular first team football and he sees the opportunity to do that here at London.

“James is tough, skilful and adds speed around the ruck, I’m really excited to see what he’s going to bring to the team.”

Cunningham is delighted to re-join the club where he spent most of 2014:

“I’m 100 per cent happy,” said Cunningham when asked if he was happy to return to the club. “I was here last year and when I got the opportunity to come down I snapped Hendo’s hand off.

“Hendo gave me a call and he really filled me with confidence as a player and his coaching philosophy and he’s got real good man management skills. Just the opportunity to come back here and try and get London back into Super League just seemed like too much of a good opportunity to pass up.

“We’ve got four big games coming up and my aim is to play hard and contribute to the team and try and make the top four to play in the Super 8s.”