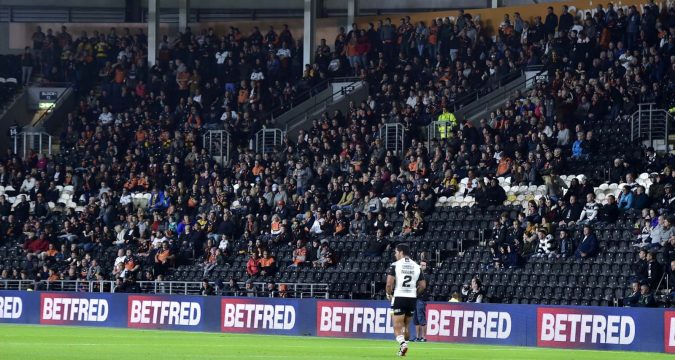 Super League clubs met last week to discuss the future of the competition moving forward – where proposals including reducing the number of interchanges and a formula for loop fixtures were high on the agenda.

League Express has learned how plans to reduce the number of interchanges from ten down to eight was discussed – with sources saying that although they weren’t completely signed off, there was a feeling the plans could be implemented in time for the 2019 season.

The number of interchanges permitted during a game has been fixed at ten since the beginning of the 2012 season, when proposals were ratified in December the previous year to lower the number to force coaches to make more use of their 17-man matchday squads.

However, the 2019 campaign could see the number reduced again, with an eight interchange system this time proposed by the game’s powerbrokers.

It is unclear whether those changes would be implemented by Championship and League 1 as soon as 2019, however.

One of the biggest unanswered questions coming out of last week’s Extraordinary General Meeting was how loop fixtures would be determined to complete the 29-game regular season next year.

League Express understands that the most likely format for the six loop games will see a variation of ‘odds versus evens’ – that is, any side finishing in an odd-numbered position at the end of this season will play the teams in second, fourth, sixth, eighth, tenth and 12th as their six extra games, and vice-versa.

Furthermore, it is also understood that the Magic Weekend fixture will be based on league positions at the end of this year too – with clubs set to play a team from their own block of four at the event next year.

That means that, for example, the teams between first and fourth, fifth and eighth and ninth and 12th will play against each other, with it understood to be widely agreed as the fairest way of playing the bonus fixture.

Teams will play the other side in their block that finished in an odd or even-numbered position like them. For example, the side finishing first would play third at Magic, second play fourth, fifth play seventh and so on.

Top of the Qualifiers will technically be ninth, second tenth, third 11th and the winner of the Million Pound Game 12th.