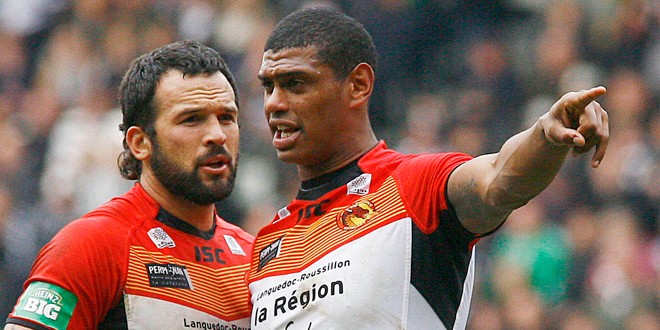 Catalan Dragons expect Louis Anderson to be back with the club next month after granting the New Zealander a period of leave for family reasons.

Anderson will miss two friendly games but is expected to return to Perpignan before the start of the 2014 Super League season.

“Louis asked us to go back to his native country to be close to his family for personal reasons. We gave him the green light to leave the club during a month,” said Christophe Jouffret, Catalans Dragons CEO.

“Louis should be back early February but will follow a personal training program during his stay near Auckland.”

The Dragons have named Frédéric Marcerou as their new Head of strength and conditioning. He will be assisted by Benoît Albert who has been head coach at Pia. The appointments follow the departure of Adam Trypas who had joined Catalan a year ago.

Meanwhile the Dragons have released their squad numbers for the 2014 season.