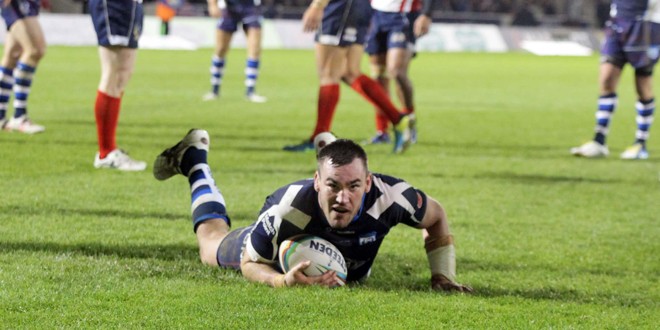 Scotland international Luke Douglas is set to break the NRL record for most consecutive appearances when he runs out for Gold Coast Titans against Cronulla Sharks on Monday.

The 27-year-old has played the last 194 games in a row for Cronulla Sharks (146) and the Titans (48), which ties Sydney Roosters assistant coach Jason Taylor’s record. Taylor will present Douglas with the game ball after Monday’s game at the Remondis Stadium to commemorate his achievement.

NRL Head of Football, Todd Greenberg, today congratulated Douglas on his significant achievement: “It is a credit to Luke’s professionalism that he has been able to prepare himself week-in, week-out to achieve this mark,” he said.

“Luke has represented both the Titans and Sharks clubs with distinction during his career so it is fitting he can celebrate this milestone in front of so many of his family and friends.”

Here are some other NRL milestones that can or will be reached in round one: