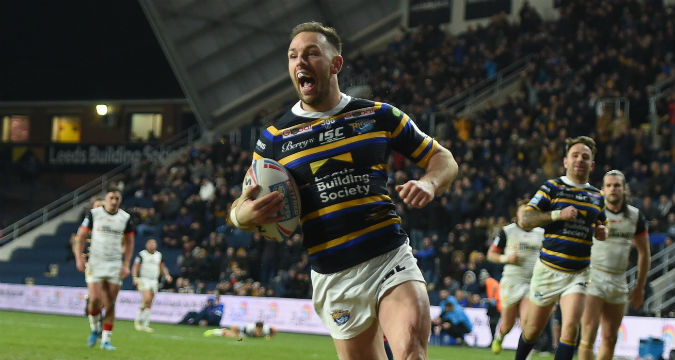 Luke Gale’s kicking masterclass pulled the strings throughout as Leeds Rhinos booked their place at Wembley.

Brad Dwyer and Konrad Hurrell made their first appearances in over a fortnight after completing Covid-19 self-isolation periods, while Wigan handed massive opportunities to prop-forward Ethan Havard and half-backs Harry Smith, who played on Tuesday, and Joe Shorrocks.

Rhyse Martin bagged the opening ten points; his score, where he unexpectedly received the ball and ducked low, was sandwiched in between two penalty goals.

Ash Handley was available in support, while Hurrell’s sublime cut-out ball to Tom Briscoe had Leeds in a controlling 20-0 lead at half-time.

On the 68th minute, the second-half deadlock was broken. Liam Sutcliffe was surrounded by four Wigan defenders, but managed to get a miraculous offload to Handley for his second. Martin added his third penalty of the afternoon to prevent any comeback and put Leeds into a five-score lead.

Wigan scored two consolations as Harry Smith raced away the length-of-the-field and Zak Hardaker dived over. Both were converted by Hardaker but it was already far too late.

The Coral Challenge Cup Final will take place on Saturday 17th October at 3pm as Leeds take on the winner of Salford and Warrington (KO: 5pm).