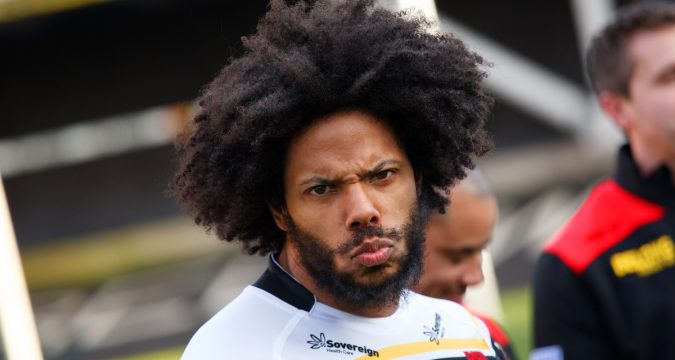 Bradford winger Luke George is set for a return to the Bulls match-day squad this weekend, after spending a week on the sidelines with a head injury.

George sustained the blow during Bradford’s 25-12 victory over London two weeks ago – subsequently missing the defeat against Hull FC last Friday. However, he confirmed at the club’s Tong training ground that he is ready to return – should boss Francis Cummins require his services.

“I’m back this week. I’m not taking anything for granted though, I’ve got to work hard and hopefully I will get the opportunity,” George claimed.

“With the guys that are playing there’s no reason why he wouldn’t stick with them, but if I get a shot I’ll be giving it everything I’ve got.

“I can’t really remember what happened if I’m being honest, but it was too soon for me to get back into it against Hull unfortunately.”

Ironically, George’s return could come against his former club, the Huddersfield Giants. The 26-year-old spent two seasons at the club in 2012 and 2013, but refused to be drawn on the past at the Giants, insisting he is fully committed to his future at the Bulls.

“It’s my hometown club, but I don’t really know what to say about my time there. All I know is that’s done now, and I’ve got to look forward to my time at Bradford. It was good while I was there, but I’m here now and that’s my main focus without a doubt.”