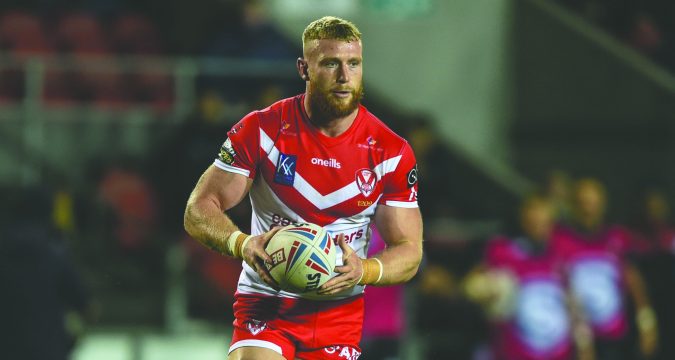 Stinging from Saints’ first loss at the Totally Wicked Stadium since 2018 against Huddersfield on Friday, Thompson at least had the recognition from the England coach to put a smile on his face.

The 24-year-old has never faced Australia in the international arena, but after squaring up to the Sydney Roosters in last month’s World Club Challenge and with a high-profile move to the NRL’s Canterbury Bulldogs on the horizon next season, Thompson can’t wait to test himself against the Kangaroos in the end-of-season series.

“When the Roosters came over here that was the same thing – a high-intensity game – so I’m really looking forward to those games at the end of the year, if I get selected,” Thompson told League Express.

“I’ve never played them myself. I grew up as a kid watching GB-Australia games, so to face them, if I get selected, will be a great experience.

“At the end of the year, they will be big games in big stadiums and they’re the ones I love playing in.”

“It’s always an honour to represent my country and hopefully I’ll get that shot at the end of the year,” added Thompson.

“He’s a new coach, so he probably just wants to meet us all and tell us what he expects of us. It’ll be good to know his plans.

“It’s always great to have a few of the St Helens boys in that squad with me. It shows that we’re playing well as a team when we all get selected.

“I’ve just got to focus on each week, and playing my best rugby.”