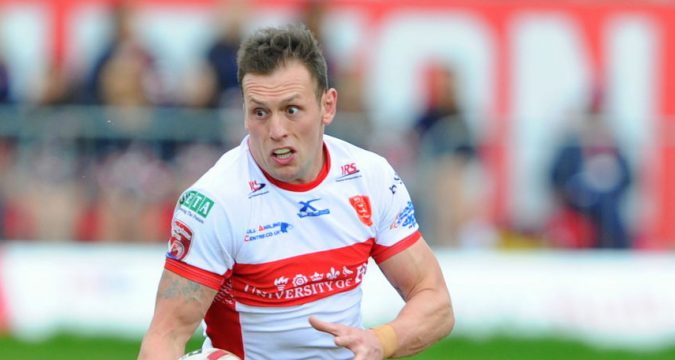 Shaun Lunt was the big winner at the Kingstone Press Championship & League 1 awards evening as he was named as the Championship’s player of the year.

The Hull Kingston Rovers captain beat off competition from Robins teammate Chris Atkin and Toulouse’ Mark Kheirallah to pick up the crown.

Lunt played a pivotal role in the club’s return to the Championship, scoring 13 tries in 23 appearances and providing a number of standout performances.

It capped a good evening for the Robins, who also picked up the Championship Club of the Year award after their attitude towards relegation.

London Broncos coach Andrew Henderson was voted the Kingstone Press Coach of the Year after his side secured a 2017 Qualifiers position. The award, voted for by his fellow coaches, saw Henderson beat off stiff competition from Hull KR’s Tim Sheens and Richard Marshall of Halifax.

The Kingstone Press League 1 Club of the Year award was presented to Toronto Wolfpack following an impressive maiden year in which they attracted crowds of over 6000 to each home game.

Featherstone Rovers and York City Knights were the winners of the Project of the Year award for the Championship and League 1, while Newcastle Thunder won the Foundation of the Year prize in recognition of their continued commitment to developing Rugby League in the North East.

Ray Abbey was named as the 2017 Community Champion sponsored by Supporters Direct. Former player and coach Ray is a fantastic ambassador for the sport and has devoted his limited spare time to a number of community and fundraising projects involving rugby league throughout his life.

The 2017 Kingstone Press Championship and League 1 award winners in full: