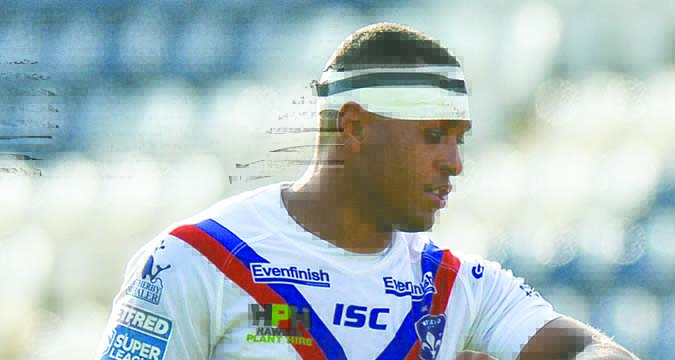 Wakefield Trinity coach Chris Chester says his centre Reece Lyne accepted Shaun Wane’s reasons for standing him down from his England group, but has backed him to respond.

Lyne was one of seven players to drop out of Wane’s group last week, despite some eye-catching performances of late.

Chester says Wane outlined exactly why that decision has been made and he believes it will benefit him in the long run.

Chester said: “We had a good chat Tuesday, and to be fair everything Shaun said, Reece agreed with.

“He’s probably not been as consistent as he needs to be.

“He’s been excellent these last three or four weeks but there are certain parts of his game Shaun thinks need to improve and it will be good for Reece.

“He knows what he needs to do in pre-season and next year to get a spot in that World Cup. He’s disappointed but understands Shaun’s reasons.

“He needs to be our best player week in, week out and, to his own standards, he’s not been where he wants to be.

“I’m pretty sure he’ll come back really strong next year.”

Chester said: “It’s great for Tom, especially given the challenges he faced over the last three years with two ACLs.

“It’s pleasing we’ve still got one guy in the make-up – it’s great for the club and positive.

“I would have like to have seen a couple more players in there, but I certainly think with Tom we’ve got an international winger on our hands and I genuinely believe Reece Lyne will be a regular international over the coming years.”

Asked which other Trinity players deserve to come into consideration, Chester had little hesitation in responding.

He added: “I like the way Matty Ashurst goes about his job.

“What you sees is what you get with ‘Tache’ – he’s an eight or nine out of ten every week, does all the dirty work and defensively is really sound.

“I would love to see him in and around that squad where possible, but we have a lot of good backrowers here and quite a few in the NRL. With Bateman, Whitehead, Farrell and McMeeken, the list is endless.”