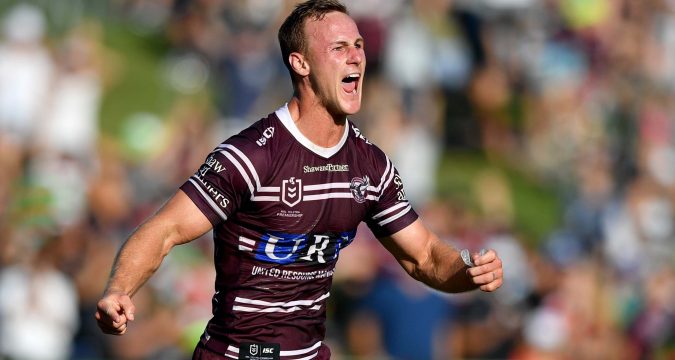 The Dragons got the show on the road in Wollongong, continuing their revival by defeating basement club Canterbury 28-22 with the help of a late try by Corey Norman following a handling error from the Dogs’ centre Marcel Montoya. The Bulldogs were playing their first game under the control of their interim coach Steve Georgallis, and they led for much of the game, but failed to hold on in the end, with the Dragons moving to eight points on the NRL ladder with the pressure easing on their coach Paul MacGregor.

The Knights built up a 20-0 lead over the Rabbitohs shortly after half-time at Bankwest Stadium, but then they had to nervously battle a comeback from South Sydney, with hooker Damien Cook leading the way with two quickfire tries before they ran out of time at the final hooter.

But the big shock of the day was at Lottoland, where the Sea Eagles bounced back from three straight defeats to turn over the league leaders Parramatta. But just like the clash between the Knights and the Rabbitohs, it was a game of two halves, with Manly building up a lead of 22-4 at half-time, with halfback Daly Cherry-Evans back on form, before the Eels recovered late in the game. They scored their final try by George Jennings on 79 minutes and refused the kick at goal, but the Sea Eagles successfully regained possession from a short kick-off to win the game.

For full reports on all the weekend’s NRL games, see Monday’s edition of League Express.