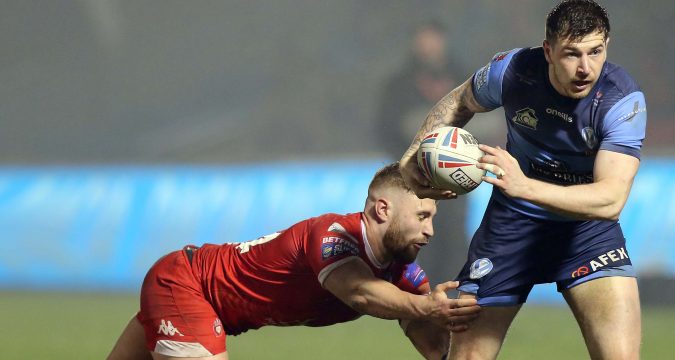 Mark Percival is set for another spell on the sidelines after suffering a hamstring injury.

The centre, who had only just returned to the side after missing the victory over Leeds with a tight hamstring, is set to miss two to four weeks after suffering an injury against Castleford on Sunday.

Percival was withdrawn in the first-half of the victory over Castleford and will now miss the club’s next game against Hull Kingston Rovers.

The England international overcame shoulder and sternum injuries in lockdown but is now set for another spell on the sidelines.

“He has a minor strain,” head coach Kristian Woolf said.

“It is only going to be somewhere around two to four weeks, and we will obviously give it every bit of time it needs because he needs to play as much as he can for us this year.”

Woolf expects to be able to call on Joseph Paulo and Dom Peyroux when the club return to action next weekend.