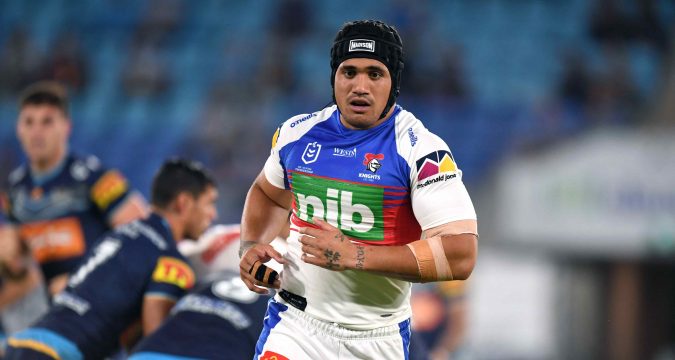 The forward, Australia’s youngest ever international, is in talks to finalise a release from Newcastle to take up a deal with the Super League champions.

Saints have offered him a multi-year deal, understood to be a three-year contract, to make the move from down under.

His move appears to be growing increasingly likely in what would be the club’s third overseas signing ahead of 2021, with Joel Thompson and Agnatius Paasi also joining the club.

Meanwhile, Saints have tied down Morgan Knowles to a new contract, with the Cumbrian committing until the end of 2022.

NRL clubs are thought to have shown interest in the Wales international, but he has agreed to stay at the Totally Wicked Stadium.

“I am delighted to have signed a new deal,” he said.

“I have been at this club since I was 15 and I have loved every minute of it. 2019 was a great year for me and more importantly, the club and I am now really excited about the future.”