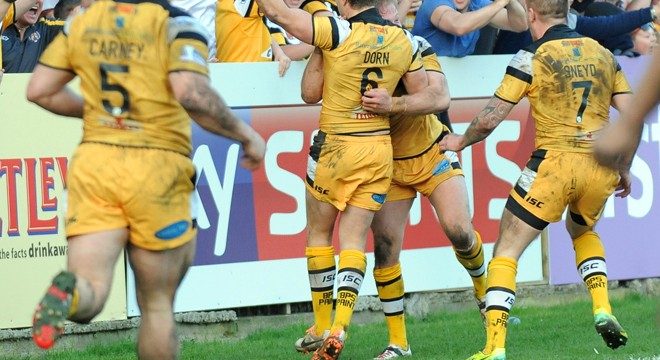 Castleford Tigers will be looking to preserve their unbeaten start to Super League XIX this afternoon, as they face Hull FC at the Mend-A-Hose Jungle.

The Tigers have recorded four wins from their first four games, including a dramatic 36-31 victory over Wigan last Sunday. They have recieved a welcome boost on the injury front too, with centre Jake Webster in line to make his first appearance for the Tigers in almost a year. He will prove a timely addition to Daryl Powell, who is without the services of Kirk Dixon for the next six weeks, after he broke his jaw against Wigan.

Luke Dorn has been left out by the Tigers, and Jordan Tansey will come in as a direct replacement at full-back.

For Hull FC, they are able to call on the services of Garreth Carvell once again, who has returned from an ankle knock he suffered three weeks ago. He will likely come in as a straight swap for the injured Feka Paleaaesina, who is out with a calf injury. Elsewhere for Hull, Joe Arundel and Liam Colbon come in – with the latter in line for a debut after Tom Lineham was ruled out long-term with injury.

Hull FC have the upper hand in meetings between the two sides in Super League. They have won 18 times, with Castleford winning 11, leaving two draws from the 31 clashes.

Hull FC recorded their biggest ever winning margin over the Tigers last year, thrashing the Tigers 52-0 at the KC Stadium.

It could almost be described as an old boys reunion this weekend, with four Hull FC players (Arundel, Thompson, Watts, Westerman) facing their old clubs. The Tigers have Frankie Mariano, Andy Lynch and Kirk Dixon facing their old side, too.

We fancy Castleford to continue their remarkable start to 2014, and pick up the win over a Hull side who, although impressive in patches, seem to lack consistency.