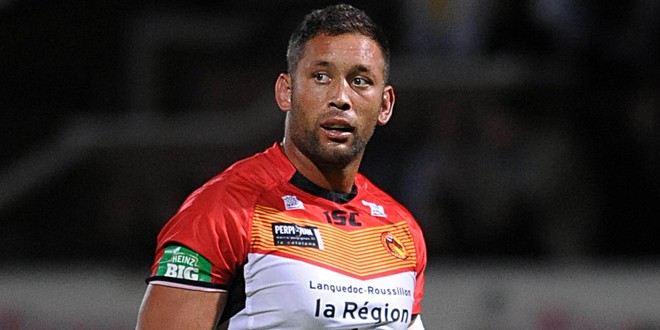 Catalan Dragons will be looking to finally pick up their first win of 2014, as they entertain Huddersfield Giants in the South of France.

It is only the second time the Dragons have played at home this season, but the game already looks to have taken on extra significance for Laurent Frayssinous’ men, who are still on zero points this campaign.

However, they have been boosted by the return of several key men as they look to finally get their first victory of the season at long last. Frayssinous does have some squad relief this week with the news that Daryl Millard, Ben Pomeroy and Antoni Maria are available while Olivier Elima and Louis Anderson are back after bans.

Huddersfield will be forced into at least one change, as Michael Lawrence is missing through suspension for a tackle on Bradford’s James Donaldson. Chris Bailey will likely step up into the starting line-up, with youngster Josh Johnson hoping for a chance after being included in the initial 19-man squad.

The Stats
Shaun Lunt has scored a try in each of his last five games against the Dragons. His scoring streak includes three loan touchdowns for Leeds in Super League XVII, beginning on his Rhinos debut at Headingley on 20 April, 2012.

Huddersfield’s Aaron Murphy has scored a try in each of the Giants’ last three games against the Dragons.

Leon Pryce needs one appearance to draw level with Keiron Cunningham (381) in seventh place in the list of all-time Super League leaders.

The Prediction
It looks like more misery for the Dragons, as a strong Huddersfield side will likely get the result down in Perpignan, inflicting more misery on Laurent Frayssinous.