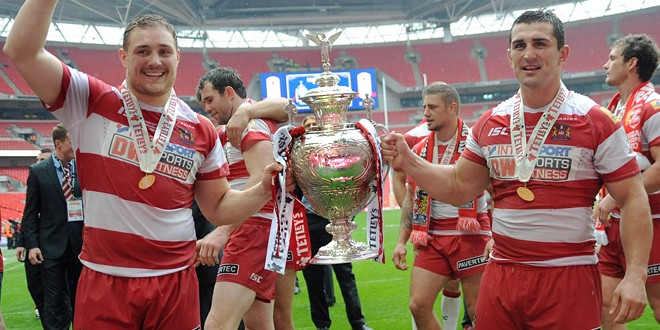 Dewsbury Rams will be looking to cause one of the biggest cup upsets in recent memory tonight, as they take on defending cup holders Wigan Warriors in the Tetley’s Challenge Cup.

Under Glenn Morrison, the Rams have been going well in the Kingston Press Championship, but they will face a remarkably different test tonight against a Wigan side who picked up both major domestic honours in the English game last year. And the Warriors are boosted by the return of Michael McIlorum, who returns from a three-game suspension to take his place in the Wigan 19-man squad for the cup clash.

As for Dewsbury, they have two former Wigan men in their squad – Karl Pryce and Wayne Godwin. With Morrison insisting the Warriors will need to ‘earn’ their cup win to progress, it promises to be a fascinating cup tie.

The Stats
Dewsbury have only won one previous Challenge Cup win against Wigan – 3-0 in the first meeting between the sides in the competition in 1900. Wigan have won thirteen consecutive Cup fixtures against Dewsbury since then.

The two sides have previously met in a Challenge Cup final – way back in 1929 at Wembley Stadium. Wigan won 13-2.

The Prediction
There appears to be only one winner here. The Warriors will be in no mood to let their grip on the cup slip, and should progress against what will be a gallant Rams side.