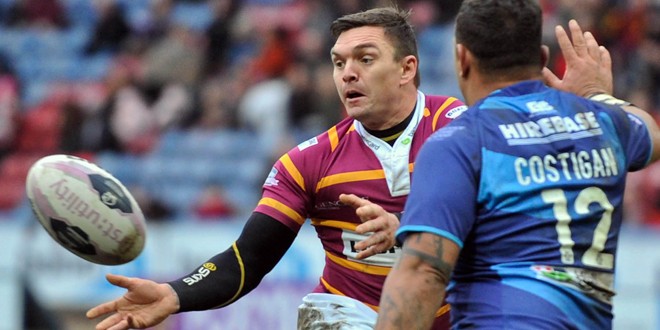 Arguably the tie of the round in the Tetley’s Challenge Cup this weekend is the tussle between last year’s league leaders Huddersfield and current table toppers St Helens. With the Saints still undefeated in 2014, it is a huge test for Paul Anderson and his men to overturn former ally Nathan Brown.

The Giants have seemingly been given a huge boost though, as Joe Wardle returns to their squad. Wardle was expected to be out for a month with injury, but is in the 19-man squad for Sunday. Aaron Murphy also returns to the squad; Leroy Cudjoe and Josh Johnson drop out.

The Saints have also received a huge injury boost, as Luke Walsh is back in Nathan Brown’s squad for the trip to West Yorkshire. He has been out since the Saints’ win over Catalan recently with injury, but could return this Sunday.

The Prediction
Huddersfield’s form has been patchy at best this season; and with Luke Walsh returning for the Saints, expect Nathan Brown to get the win over his former side in West Yorkshire.