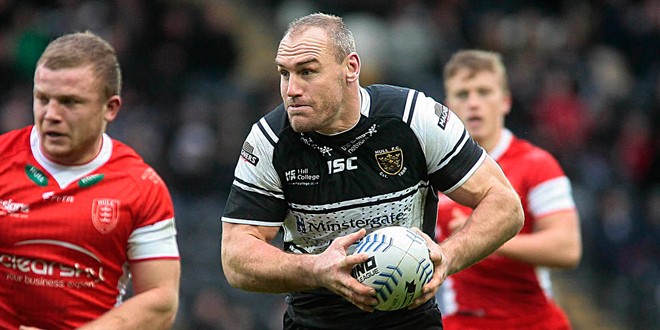 Hull FC will be looking to get back on track after their shock defeat to Wakefield tonight, as they take on Wigan Warriors at the KC Stadium. It has been a busy week for the Black and Whites, with boss Lee Radford admitting his recruitment plans are being hindered by the side’s stuttering form so far in 2014, and Radford has rung the changes once again for the clash against the Warriors.

Jordan Rankin, Chris Tuson and Dean Hadley drop out, to be replaced by Liam Colbon, Richard Horne and Liam Watts. As for Wigan, they are doing it incredibly tough with injuries at the moment, with captain Sean O’Loughlin still not fit to return for the Warriors. They are hamstrung by the absences of Liam Farrell and star full-back Matty Bowen for the clash, meaning youngsters Ryan Sutton, Dom Manfredi and Connor Farrell come into the squad.

The Stats
Wigan have won their last four away meetings with Hull FC. The Black and Whites’ last home win against the Warriors was the 18-10 win in February 2009.

Scott Taylor needs one appearance to reach 100 for his career. Taylor has played 39 games for Wigan since 2013, and was previously with Hull KR – where he made 52 appearances (2009-2012). Whilst with the Warriors, he also made 2013 dual-registration appearances for Leigh (2) and South Wales Scorpions (2). Taylor also played 2012 representative games for England (1) and England Knights (3).

The Prediction
With Wigan’s key men out, Hull FC may well fancy their chances of inflicting another defeat on the reigning Super League champions. However, Wigan’s form is impressive on Humberside in recent years, and they should still have enough to beat a stuttering Hull FC outfit.