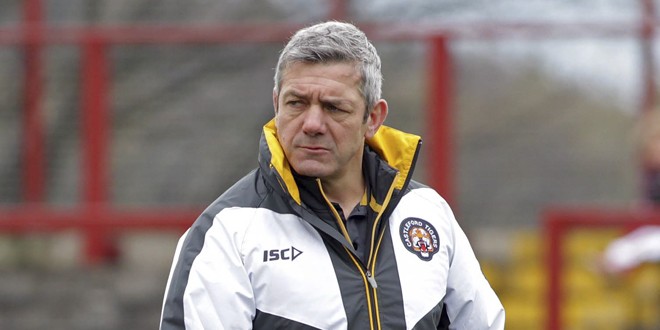 Castleford Tigers head coach Daryl Powell insists the errors his side made during their 14-22 defeat to Leeds Rhinos cost them dear. The Tigers were actually leading 14-12 at the break, but a disastrous second-half saw them fail to post any points and slip to consecutive defeats for the first time in 2014.

“We made too many errors in the second-half and I think that is the defining thing,” said Powell. “We made nine errors out of 17 sets, and it is not a massive amount of sets anyway.

“I thought we lost our way a little bit, and the second-half looked like it was a Sunday-Thursday turnaround for us. We went away from what we normally do and I thought we became really individual and as a result of that we could not put Leeds under any pressure.”

Powell also praised Leeds’ kicking game, which he heralded as ‘outstanding’, as the Rhinos continued to set the pace at the top of the Super League table. He also admitted that the lessons his side are being taught at this moment in time will strengthen them in the future.

“Their kicking game was outstanding, so we were coming off our own line a lot, and we turned a lot of ball over on halfway which you cannot do against the better sides. We are learning a lot of harsh lessons at the moment which we are disappointed about, but if we learn the lessons we will come out stronger.”