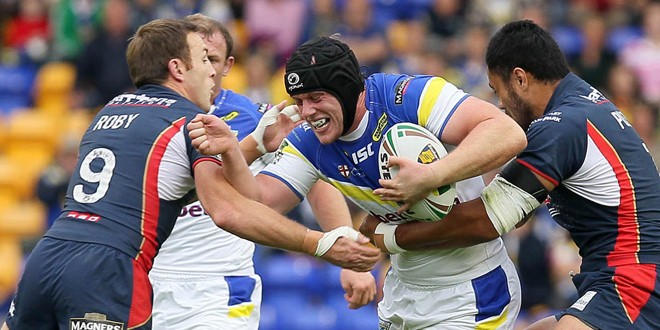 An out-of-sorts Warrington side will be looking to avoid another shock defeat tonight, as they take on a resurgent Catalan Dragons live in front of the Sky cameras. After coming up short against relegation-threatened Bradford last time out, they will desperate to start heading up the table by beating the French outfit at the Halliwell Jones Stadium

The big news for the Wolves is their mercurial half-back Stefan Ratchford is back in contention, having been named in Tony Smith’s 19-man squad for the contest. However, forwards Ben Westwood and Paul Wood remain out injured for the Wolves, who have lost six of their first 11 games – as does Richie Myler.

Catalans have Jeff Lima available again after injury and he replaces Olivier Elima in the only change to Catalan’s 19-man squad for Friday’s match. France captain Elima was hurt prior to the Dragons’ win against Salford.

The Stats
Jean-Philippe Baile needs one appearance to reach 100 for his career. Baile has played 84 games for Catalan Dragons since 2008, to go with 15 appearances for France (2008-2013).

Joel Monaghan needs one appearance to reach 100 for Warrington. Monaghan made a try-scoring Wolves debut in a 28-18 defeat to Huddersfield, at Cardiff’s Millennium Stadium, on 12 February, 2011. One try will also see him reach a century of touchdowns for the club.

The Prediction
It seems strange to think Warrington are in such poor form, and they should be getting back on the horse sooner, rather than later. Expect home advantage to be crucial as the Wolves pick up a precious win.