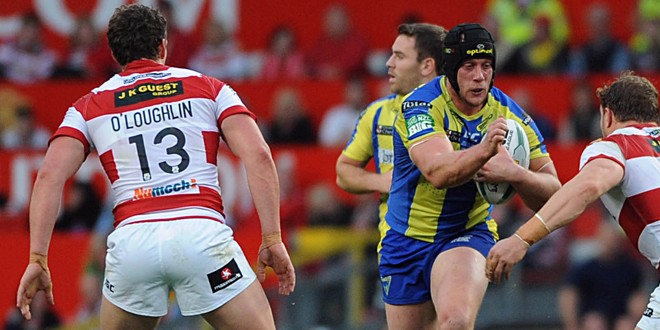 It is a rerun of the 2013 Super League Grand Final tonight, as Warrington and Wigan lock horns once again in what promises to be a titanic tussle.

It has been far from a perfect start for both sides so far in 2014, but the Wolves are on somewhat of a roll after recording three straight victories in as many weeks. That has prompted Tony Smith to name an unchanged 19-man squad once again, with the same team likely to feature that dispatched of Salford last Friday.

Wigan – fresh off the back of a 34-20 victory over Hull Kingston Rovers – are still without the services of two key players. Captain Sean O’Loughlin is still absent with a shoulder problem, whilst hooker Michael McIlorum is still missing due to suspension.

As mentioned, it is the first clash between the sides since last year’s Grand Final, which the Warriors won, 30-16. Revenge will likely be on the mind of Tony Smith’s men as they look to make it four wins in a row, and continue their charge up the Super League ladder.

The Stats
Warrington’s Joel Monaghan has scored tries in the Wolves’ last six meetings with Wigan as follows: 1-1-1-2-1-1.

Two tries for Iain Thornley would see the Wigan man go to the top of the Super League top try scorers chart, with seven scores.

The Prediction
As always, it will be a typically tough clash to call. Matches between these two sides are historically close to call, and this one should be no different. However, home advantage may just swing things in the favour of the Wolves, with them sneaking a close victory.