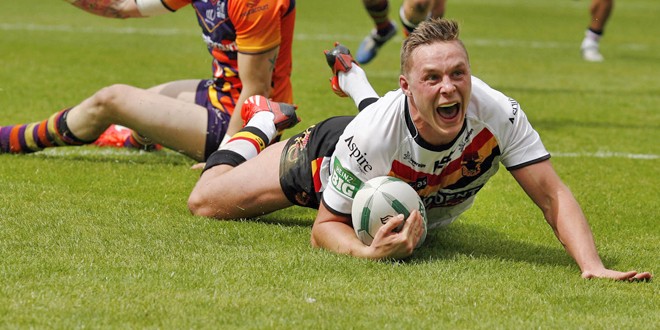 Widnes will be hoping to continue their excellent start to the season by keeping Bradford Bulls in negative points, as the two sides collide at the Select Security Stadium on Sunday.

The Vikings will be heading into the game in high spirits, after managing to keep Hull FC scoreless last week, winning 7-0 at the KC Stadium. And Denis Betts is able to call on the services of Jack Owens and Hep Cahill again, as they look to make it five wins from their first six games.

As for Bradford, they have lost Matt Diskin and Adam Sidlow to injury in what is already shaping up to be a huge game for the Bulls. However, they do have some good news as Chev Walker returns from suspension, to give them some valuable punch in the middle of the park.

Widnes are seeking their first home win against Bradford since their 2012 return to Super League, having lost 38-4 to the Bulls in that season. The sides then fought out a 22-22 draw in 2013.

The Prediction
Bradford will likely be buoyed due to the conclusion of their takeover saga, but the Vikings have been exceptional at home in 2014. Expect that good run to continue, and Bradford to remain on -2.