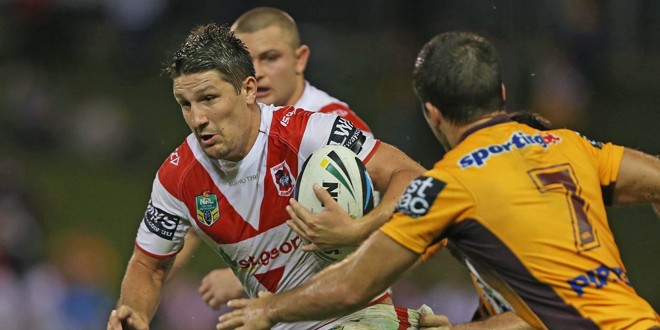 Brisbane Broncos were too strong for St George Illawarra Dragons tonight in Wollongong, establishing an early lead and never being behind, as they defeated their hosts 36-20.

Broncos loose forward Michael Gillett scored two tries the first ten minutes both of which were converted by Corey Parker, and from that point the Dragons were always struggling to get back on terms.

Jason Nightingale pulled one back for the Dragons on 15 minutes, with Gareth Widdop unable to convert. But the Broncos pulled further ahead on 20 minutes with a siimple try from Sam Thaiday.

The Dragons scored further tries from Brett Morris, Nightingale and Gerald Beale, with Widdop landing two conversions, but they will be looking to make serious defensive improvements if they are to get back to winning ways.