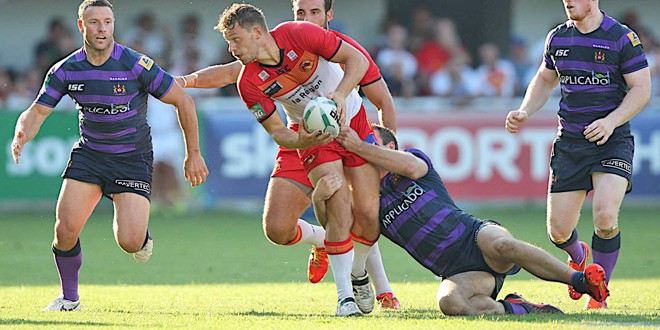 Wigan Warriors will be looking to deny Catalan a second consecutive victory in the Super League, as they look to keep their own momentum going on Friday night.

The DW Stadium plays host to two sides in slightly different form, with the Dragons still languishing at the wrong end of the table, despite that win over Huddersfield last time out. And they will have to do it without one of the best players from that performance, as Elliott Whitehead is ruled out due to injury. However, Julien Bousquet and Damien Cardace both return to Laurent Frayssinous’ squad.

The big news for the Warriors is the return of Sean O’Loughlin, as the Wigan skipper makes a welcome return to Shaun Wane’s 19-man squad for the clash tonight. He is the only change to a squad that managed to consign Warrington to a 12-4 defeat at the Halliwell Jones Stadium last time out.

The Stats
Wigan have won their last four home fixtures (including play-off successes in 2011 and 2012) against the Dragons. The Warriors last tasted defeat against the French outfit at the DW Stadium on 8 April, 2011 (47-28).

Catalan’s Gregory Mounis could make his 29th consecutive appearance for the Dragons tonight, which is by far the biggest streak of anyone in the Dragons side.

Wigan’s Iain Thornley could move to the top of the try scoring charts with a brace of tries tonight. He currently has five, one behind Jermaine McGilvary and Tom Makinson.

The Prediction
Catalan have seriously struggled on the road in 2014, and those woes could well continue tonight. With their captain potentially back in the ranks, Wigan will be even stronger than they were last time out. Home win.