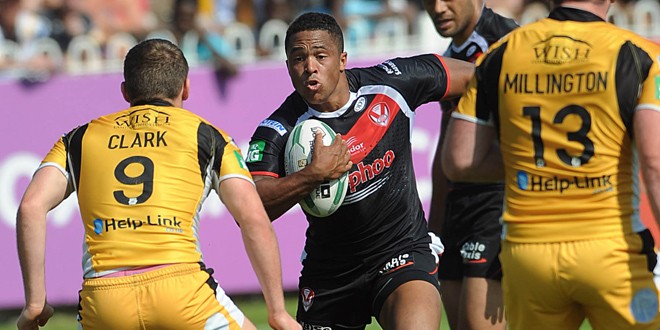 In a nutshell
St Helens recovered from an 18-0 first-half deficit to retain their unbeaten record wit a late 28-30 victory.

How it unfolded
The Tigers shot into an early lead with tries from Jake Webster, Michael Shenton and Grant Millington, all of them goaled by Marc Sneyd.

St Helens finally got into the game when Sia Soliola touched down  in the 28th minute, with Luke Walsh adding the goal. But Shenton scored his second try when he picked up a loose pass and, with Sneyd’s conversion, the Tigers regained their 18-point lead at half-time.

In the second half St Helens clawed their way back into the game with unconverted tries from Jonny Lomax and Tommy Makinson to reduce the deficit to ten points.

But Justin Carney calmed Tigers’ nerves when he touched down a Sneyd kick to the corner.

St Helens wouldn’t be denied, however, and scored three further tries from Jordan Turner, Paul Wellens and Adam Swift, who scored in the corner with two minutes remaining to grab the win and retain Saints’ 100 per cent record this season.

A full report, pictures and analysis will feature in Monday’s Rugby League Express.