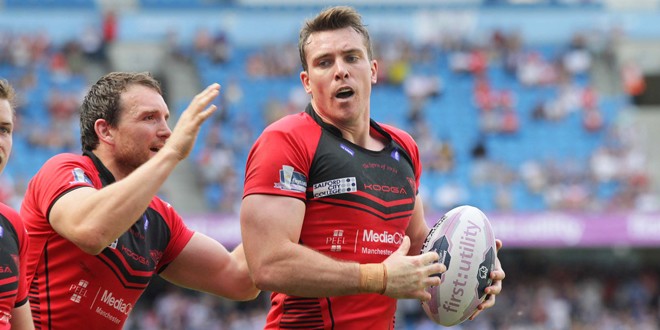 This article originally appeared in the latest edition of League Express newspaper, and we broke the news before anyone else. Click here to download the digital version to your computer, smartphone or tablet

The 24-year-old has signed a two-year deal with the Wildcats and will join up with his new team-mates at the end of the current season.

The former St Helens star, who has made over 100 Super League appearances, says Wakefield halfback Tim Smith convinced him to sign for the Wildcats.

“(Wakefield coach) James Webster really sold the club and its work ethic to me, and I’m just looking to come and work hard and do my part for the squad.

“I suppose the next step for me is to take on more of a senior role. But I’m still quite young and I know I’ve got improvement in me, so I’m just aiming to play a regular part for the team and do my bit.

“I spoke to Tim Smith and he had good things to say about Wakefield. He’s really enjoying it and says it’s a good environment, so I’m looking forward to joining that.”

Meanwhile coach Webster says he is willing to give the new league restructure a chance, but he is worried about how it will affect Wakefield’s recruitment.

With the teams in positions nine to 12 next season dropping into the ‘middle eight’ – a position the Wildcats currently occupy – Webster believes it will be tough to get players signed up for the following season, largely due to the uncertainty about which division the club will ultimately find itself in.

However, he did admit there are some positives to the system, and it can’t really be judged until it comes into force.

“You can’t say too much about it until you see how it goes,” Webster told League Express.

“One worry about it for a club like Wakefield is recruiting. If we finished in the bottom four and we’d be in a new competition, how would we recruit going forward?

“At the moment we know what competition we’re going to be in next year, so we’re able to recruit a lot better. There are some things I like about it, such as how every game really does count. If you don’t make the top eight you’re still battling to play more home games and things like that.”

Meanwhile veteran forward Andy Raleigh has announced he is to retire from Rugby League at the end of the 2014 campaign.

“It has been a dream come true to be able to play the sport that I love for a living,” said Raleigh, 33.

“I’ve had some fantastic experiences from playing in Challenge Cup finals to making the play-offs, and met some great people along the way.

“I just felt that the time was right to hang up my boots after 12 great years, as I’m not getting any younger.”