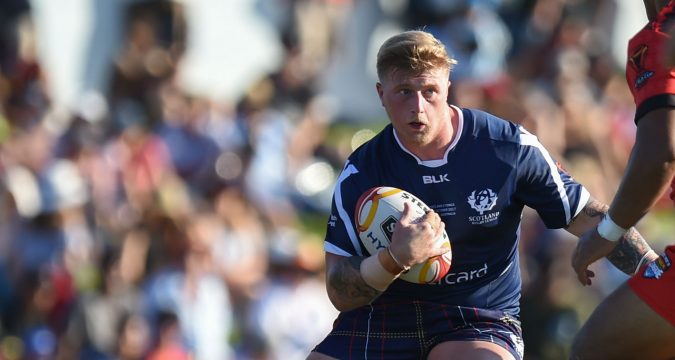 Scotland coach Steve McCormack has made four changes for the Bravehearts’ clash with New Zealand.

Following defeat to Tonga, McCormack has shuffled his cards as they go in search of another shock result against New Zealand, almost a year since they drew with the Kiwis in the Four Nations.

London fullback Alex Walker will start, with Lewis Tierney playing on the wing instead of Hull KR’s Will Oakes.

Oscar Thomas has been recalled to start in the halves, meaning Danny Addy will start at hooker.

As a result, Toulouse’s Andrew Bentley does not feature, while Frankie Mariano and Callum Phillis have been replaced by Jarred Anderson and Bradford youngster, Brandan Wilkinson.

New Zealand, meanwhile, have made seven changes for their clash.

Every player who didn’t feature in the match with Samoa has been called up as David Kidwell prepares to give everyone a chance to impress.

Dean Whare replaces the injured Gerard Beale (broken ankle) in the centre, Jason Nightingale and Peta Hiku are also included while Te Maire Martin comes in at five-eighth and the versatile Elijah Taylor will wear the number nine jersey.

Dallin Watene-Zelezniak, Jordan Rapana, Kodi Nikorima and Wigan’s Thomas Leuluai are the players to be replaced.

Meanwhile, Kenny Bromwich and Addin Fonua-Blake have been drafter in, replacing Simon Mannering and Isaac Liu.