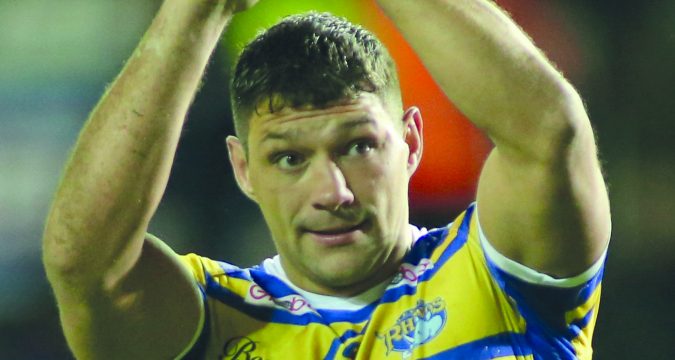 Leeds Rhinos coach Brian McDermott has stressed that ‘everything is okay’ regarding discussions surrounding the future of Ryan Hall – and admits he is hopeful his long-term future lies with the reigning Super League champions.

Hall is out-of-contract at the end of this season and has reportedly attracted interest from fellow Super League side Hull KR over a move to Humberside in 2019.

However, when McDermottt was asked in his pre-match press conference if he would like to see him stay – and if he remained hopeful Hall would sign a new deal – the Leeds coach said: “Yes to both.”

McDermott also stressed there is no real rush to tie Hall down or finalise his future beyond this season.

He also believes that any decision Hall makes will have Leeds’ interests at heart too, adding: “I think everything is okay.

“There’s no drama with any of it. Anyone of Ryan’s stature in the game will always attract interest. I think he’s in good shape, he’s enjoying his time with us and his head is in a great space.

“He’s really fit and playing some great stuff; he was one of England’s best players over in Denver and we’ve got a good player there. Any decision he makes will be in our best interest as well. He’s a big fan of the club, he’s a local lad and he’s spent a lot of good time here, and I don’t think there’s any urgency or pressure there just yet.”