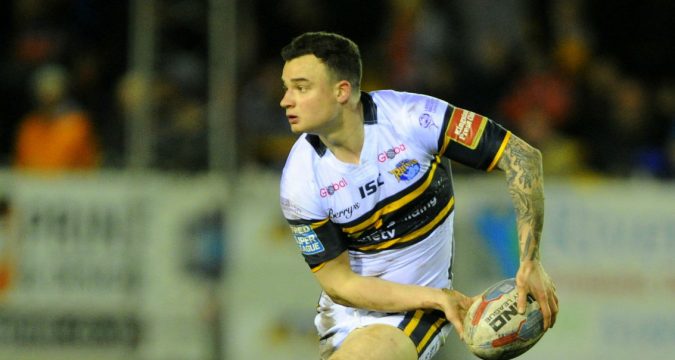 Leeds coach Brian McDermott admitted he was pleased with the contributions of young duo Jordan Lilley and Jack Walker following the Rhinos’ 24-22 win against St Helens on Thursday night.

Walker excelled at full-back while Lilley, playing for the first time since his return from a loan spell at Bradford, also contributed as the Rhinos moved back up to second ahead of the remainder of this weekend’s fixtures.

And McDermott admitted it will be an evening which will do Walker’s progression the world of good.

He was good,” McDermott said of Walker.

“He took some challenging high balls and looks okay with the ball in his hands.”It was a big game for him and his development will be better for it.”

Of Lilley, McDermott said: “You give Geoff Toovey at Bradford a lot of credit at this stage.

“We’ve been watching his games while he’s been at Bradford and he’s developed, he’s come on and he’s got more experienced. The speed of the game and some of the athletes he was facing tonight was a little bit different, but he had a good effect on us.”

McDermott also admitted that, with over half a dozen frontline players out, he was delighted to see his side pick up a vital victory.

He said: “We’ve had to overcome a little bit of adversity with bans and injuries but overall I’m very pleased. We were really challenged by a determined Saints.

“We got put on the back foot a couple of times, we needed to have some fight about us.”