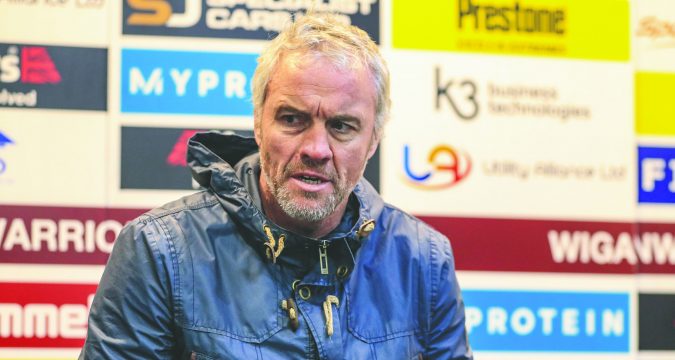 Former Leeds Rhinos and Toronto Wolfpack boss Brian McDermott has ruled himself out of the vacant Castleford Tigers coaching job, revealing to League Express that he hasn’t applied for the job and he is currently considering other options after the disappointment of the Wolfpack not being allowed to continue in Super League in 2021.

And McDermott has revealed that he was due to take up a job offer in Australia with Cronulla Sharks, whose head coach is John Morris, but Covid regulations, combined with visa delays and the difficulty of securing travel to Australia, meant that he had to forgo the opportunity.

“It was disappointing because I would have enjoyed working in the NRL,” McDermott told League Express.

“But when it became clear that I couldn’t get over there in time for their pre-season it wouldn’t have been fair to keep the club hanging on and John had to make alternative coaching arrangements.”

McDermott is the most successful coach in Super League history, having won four Grand Finals during his seven full seasons with Leeds Rhinos from 2011 to 2017, while never having lost one. He won the World Club Challenge with Leeds in 2012 and he also won the Challenge Cup twice with the Rhinos in 2014 and 2015.

“I was disappointed with the decision not to reinstate Toronto in Super League and that made me reflect on what I might do in future,” he added.

“I didn’t apply for the Castleford job and I wasn’t invited to apply.”

McDermott is currently developing a management programme that he calls ‘Field to Office’, in which he applies the lessons he has learned from his career in the Royal Marines, as a Rugby League player and as a Rugby League coach, in the context of business management.

“I think I can talk with some authority, and a decent track record, about what can help businesses to be successful,” he said.

“In the modern world it’s a good idea to have more than one string to your bow, given the unexpected things that can happen to you, whether in sport or any other walk of life.”