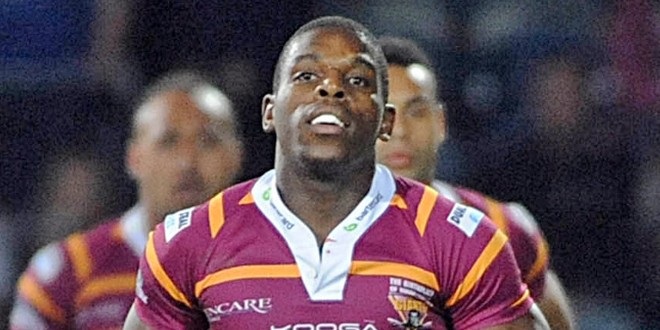 Huddersfield Giants winger Jermaine McGillvary has revealed his pride and delight when he got the call from Steve McNamara to say he had made the 2015 England squad.

McGillvary finished the year as Super League’s top try scorer, and admitted it was a sensational year that could get even better if he makes his debut for his country over the next few weeks.

“It’s unreal just to be here with these quality players. I’m excited to push on and try to get a start,” he told Super League TV.

“I always wanted to play for England but didn’t think I would. This year has been like a different year, a dream year and a perfect year. I’m in the mix now which gives me an opportunity and they need to be taken.

“Steve rang me about three weeks ago and invited me along to one of the meetings and said I was giving him a few headaches. When he rung me and said I was in I was over the moon.”