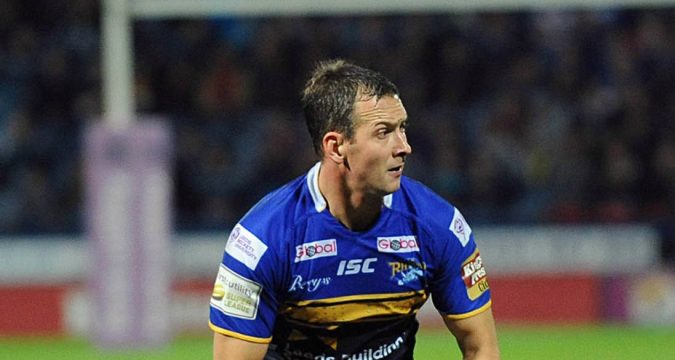 Leeds Rhinos have handed Danny McGuire the captaincy ahead of the 2016 season.

McGuire succeeds long-term team-mate Kevin Sinfield as the Rhinos captain and becomes only the sixth permanent captain of the club in twenty years of Super League.

McGuire, who is the leading try scorer of all time, led the team during last season when Kevin Sinfield was not in the team and was also the captain in Leeds’ pre-season defeat at the hands of Wakefield.

“This was obviously a very important decision and one that took some serious consideration,” said head coach Brian McDermott.

“We have a number of leaders and experienced players within our group and I am sure each would have been proud to have been captain.

“In his early career, Danny was known for his phenomenal scoring record however in recent years he has shaped his style to suit the team and been one of our true leaders in the team. He is highly respected by his team mates and the coaching staff and I know he will take a great deal of pride from captaining his home town club.”

McGuire added: “This is a massive privilege and honour for me. I have always been proud to play for my home town and it is brilliant to now be captain for the 2016 season. I have some big shoes to fill in following Kevin Sinfield but I am sure, with the support of my team mates, the club and our brilliant supporters we can all continue to do our city proud this year and beyond.”