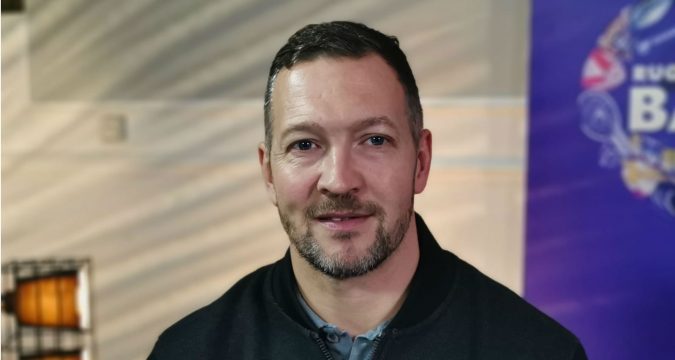 Danny McGuire has hailed the influence another Leeds legend, Garry Schofield, had on his glittering career.
Star halfback McGuire helped Leeds to three world club titles, eight Grand Final triumphs and two Challenge Cup wins before his switch to Hull KR ahead of the 2018 season.
The 37-year-old former England and Great Britain international, who scored more than 280 career tries, is now a member of the Rovers backroom team after hanging up his boots at the end of last season.
But, like League Express columnist Schofield, who starred for Leeds between 1987-96, McGuire, who played both stand-off and scrum-half, remains a popular figure with the Headingley faithful, being regarded as one of the finest stand-offs this country has produced.
“Garry played off the cuff, he was a maverick,” said McGuire.
“He liked going for the interception and the chip and chase, all the things that are probably not in the game now.
“They are those special players who everybody stands up and applauds, and Schoey had that with the try-scoring and famous dive.
“He is definitely someone I look at as an inspiration.”
Leeds-born McGuire, who made his Rhinos debut in 2001, added: “In the early part of my career, I was probably a selfish player.
“I liked to finish the tries and have the headlines, but as you become more mature, you develop.
“I had a few injuries in my mid to late twenties, which probably slowed me down, so I had to use my brain a bit more.
“I was always working hard off the field on my skills and my game just developed over time.
“Towards the end, I was more of a controlling half, and I suppose it was just the progression throughout my career.”
Meanwhile Leeds have expressed their condolences to two former players from the 1960s, who both died recently.
Former scrum-half Trevor Oldroyd and hooker Peter Astbury both passed away, with Oldroyd playing 28 times for Leeds from 1960 to 1965, before joining Batley, while Astbury played ten times for Leeds between 1964 and 1971, when he played mainly for the club’s reserves side. He left Leeds to join Bramley in 1971, while he also played for Oldham and then had a late flowering of his career at Bradford under Peter Fox.
“On behalf of everyone associated with Leeds Rhinos, we would like to send our deepest sympathies to the family and friends of both Trevor and Peter at this sad time,” said a statement issued by the club.