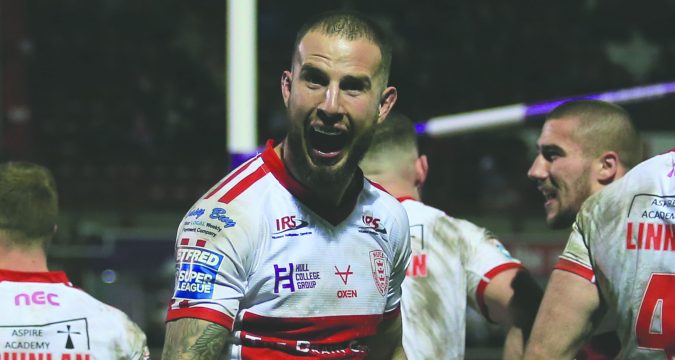 Danny McGuire insists Hull KR are ready to strike when a forward presents himself, but a freakish number of injuries in the NRL are stifling his plans.

McGuire, the Robins’ head of recruitment, has made no secret of his desire to add a forward to the Robins’ squad after the serious injury sustained to Mose Masoe in pre-season, which has forced him into retirement.

McGuire has been in frequent contact with clubs and agents overseas and has held talks about several potential moves.

However, NRL clubs are reluctant to release players due to a high number of injuries that have plagued them in the off-season.

“A lot of clubs suffered setbacks in the 9s and I was watching the All Stars game and four players went down injured. So the clubs are being cautious, it is understandable, they have to look after themselves,” McGuire told League Express.

“But we’re ready to pull the trigger. With recruitment, it’s an ongoing process. We’ve got our ear to the ground and speaking to agents, that’s been the case for weeks. There were a few opportunities, but Tony (Smith) is keen to sit tight and see if anything pops up in the NRL.”

Meanwhile, McGuire has teamed up with Rugby League Cares to be a part of their 500-mile cycling challenge from Niagara Falls to Manhattan.

It comes with news that Masoe’s condition is improving, with the forward now having some feeling in his arms after suffering a career-ending and life-changing neck spinal injury.

“It came about when I was at Red Hall trying to get some auction prizes for Mose through various events I’m working on,” added McGuire.

“I knew about the bike ride as Keith Senior had mentioned it in passing. But they put me on the spot and I couldn’t really refuse!

“I’m looking forward to the challenge. I haven’t really ridden a bike since I was 12.

“It’s a good challenge. I won’t lie, I enjoyed my off-season and let myself go! It’s nice to have some sort of challenge. In sport you’re always looking forward to the challenge. Preparation is always for the following week. This is something to get stuck into. Hopefully we can raise some money for a great person.

“I’m popping up to see him this week. He’s making massive strides and it shows you what having a positive mindset does. I saw him three or four days after the injury and I was dreading what I’d say, but he had a massive smile on his face and was really positive. I’m certain that has aided his recovery and in the next few days he’s due to be moved from a laid position to a seated one.”

McGuire can be sponsored via his JustGiving page: www.justgiving.com/fundraising/dannymagsempirestate500

McGuire also confirmed that Weller Hauraki is ahead of schedule on his recovery from an ankle injury.

“He’s well ahead. He’s a great pro. We probably lacked a bit of leadership at the weekend so it will be great to get him back on the field,” he added.