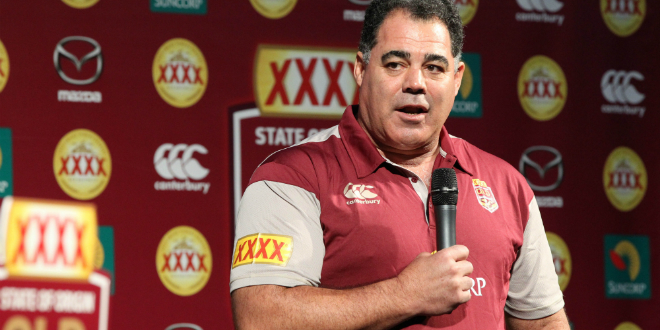 Australia’s new Test and World Cup coach Mal Meninga has again stressed the need for Kangaroo tours of Britain to be revived.

And if Tests aren’t involved he still wants to take the Australians in a sweep through Britain and play games against leading Super League club sides and maybe others in growth areas of the nation. He is planning to sit down with members of the ARL Commission hierarchy before the start of the new NRL season to plan a new-look international calendar for Australia.

In the meantime he is looking for a home in Sydney, so he can be close to the nine NRL clubs in or near the NSW capital.

“We want to create a programme where the players are again excited to pull on the green and gold,” Meninga explained.

“Rugby union do it well with the Bledisloe Cup [between Australia and New Zealand], World Cup and Six Nations, and their Sevens.

“We don’t have to reinvent the wheel. We just have to do what we used to do.

“Mini-Kangaroo tours are an example … whether it be going over there [to Britain and France] and playing clubs … just to get everyone excited about the international programme again.”