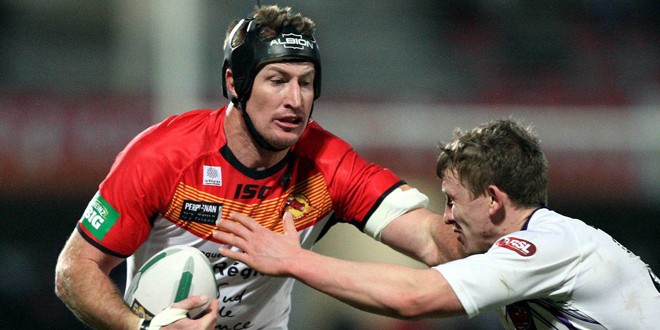 Just four months since retiring, after a final stint with Catalan Dragons, Steve Menzies has become the latest veteran who wants to play in the Auckland Nines.

Former Australian Test captain Brad Fittler led the charge – announcing he was going to sign with the Sydney Roosters on a $1 contract so he could have one last hurrah in the big league.

Now Menzies wants to follow suit and pull on the boots to play for Manly Sea Eagles.

He said he hadn’t done a lot of training since he finished playing in September.

“The running game isn’t what it used to be, but it would definitely be a bit of fun. I have thought about it a bit, but when it comes time to say here is a pair of boots and dust off the headgear, that’s the real decision.”

But neither Fittler nor Menzies is likely to get the go-ahead to play in Auckland, thanks to an obscure drug rule that forces players who have retired to serve several months before being allowed to run onto the pitch.