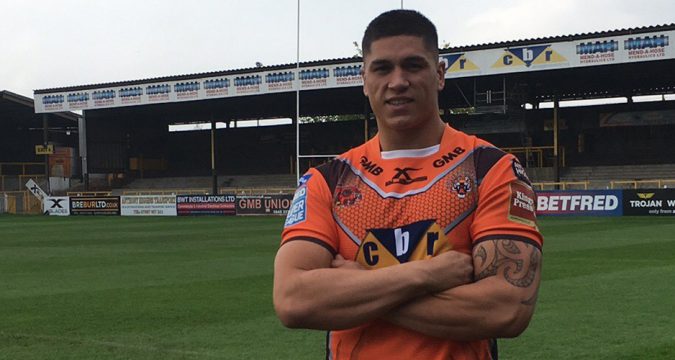 Castleford Tigers have confirmed the signing of Mitch Clark ahead of the 2018 season, with the forward signing from Championship side Hull KR on a two-year deal.

Clark rose through the ranks at NRL side Penrith Panthers playing a key part in their Under 20s Holden Cup Grand Final victory in 2013.

In 2015, the 24-year old played for Doncaster and earned a move to Bradford Bulls where he played over 20 games for the club in 2016 before financial troubles left Clark without a contract.

This season, Clark has featured in Hull KR’s promotion back to Super League but has decided to move on to join the Tigers.

Tigers head coach Daryl Powell said: “Mitch Clark is a player I have known for a long time having discussed his future with him three years ago. I’m delighted he has signed for Castleford at this time as I believe he has a big future with us. He is an all action front rower who has great leg speed when carrying the ball and real intent when he is defending. I welcome Mitch to the club and look forward to working with him.”