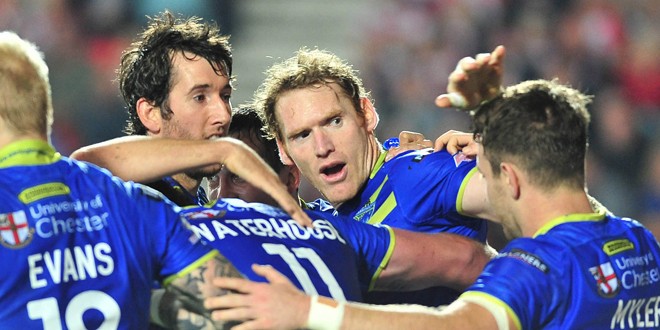 Castleford Tigers have confirmed that Joel Monaghan has joined the club on a two-year deal.

Monaghan was released by Warrington Wolves at the end of last season and was linked with a number of other teams before choosing to join the Tigers.

Monaghan is excited over the prospect of joining the Tigers: “I’m really excited. This is a team that are challenging for trophies and top four spots. Cas are a very good coached side and they are a very good bunch of blokes. I know a couple of the guys but I’m looking forward to preseason and getting to know the rest of them.

“I’m looking forward to being on the other side of the fans, it’s a great place down here at the Jungle and a very hard place for teams to come and get a win,” said Monaghan. “When I told my dad I’d signed here he was happy because whenever he comes over the Jungle is always his favourite ground to come to.”

Tigers coach, Daryl Powell, is happy to have a great player like Monaghan on board for 2016:“Joel Monaghan is a high quality and experienced winger to add to our back line. He is a proven try scorer with good leadership skills and i expect him to help drive our standards in 2016.”

Steve Gill, Tigers Chief Executive, spoke about the signing of Monaghan, saying:”Joel’s credentials speak for themselves, NSW State of Origin and the Green and Gold shirt of Australia are not easily come by, and even his time in the UK he has been a prolific try scorer. He will be good for us both on and off the field, and we look forward to him establishing himself within the squad and within the town.”