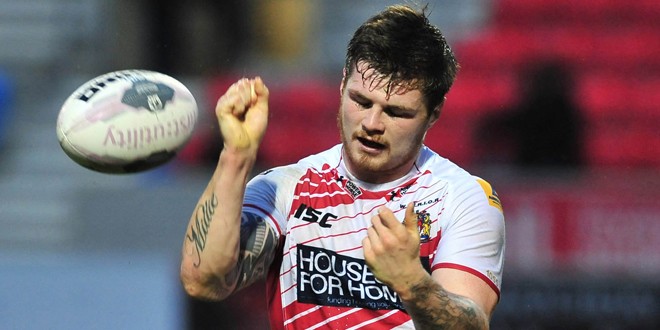 Great Britain and Super League legend Adrian Morley has thrown his weight behind the hype surrounding John Bateman – and says the young Wigan star can get even better.

Bateman has impressed for the Warriors in 2015 during his second season at the club since joining from Bradford, and is being tipped for an outside shot at making the England squad for the series against New Zealand later this year.

And Morley told the Super League Show that he’s a big fan of the youngster – and that as far as his current talent goes, the young star can get even better.

“He’s been fantastic, wherever he’s played he’s put his hand up and he’s so versatile,” said Morley.

“I still don’t think we’ve seen his full potential either; he’s got a tremendous future ahead of him and he’s a very good player for the here and now, too.

“He’s deceptively quick for a big guy, too.”

Morley also admitted he’s a fan of his versatility – but said his best position is in the back row in his eyes.

“Second-row is his natural position, he played his junior stuff there. But when you’ve got someone who can play wherever it’s great to have – although I think he’s a second-rower, really.”