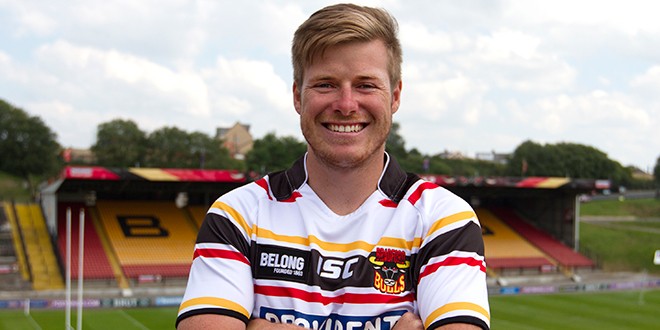 Bradford Bulls have announced that Jake Mullaney has returned to Australia for family reasons.

The fullback signed for the Bulls at the beginning of last season and made 17 appearances in the 33 game campaign.

However, the 25-year-old has now left the Provident Stadium to head home after 12 months as a Bull.

“I want to thank the club and Bulls fans for the amazing support over the past 12 months,” said Mullaney.

“I really enjoyed my time playing alongside the squad and in front of such passionate supporters.

“My partner and I have taken the tough decision to return to Australia to be closer to family and we would like to thank the Bulls for allowing us to do so.

“I will keep a keen eye on the boys this coming season and with the foundations firmly in place from last year I expect this team to be even stronger and more competitive for 2016.

“Good luck and thank you once again.”

The Bulls managing director, Steve Ferres, said: “Obviously, losing Jake came as a blow as he was integral to the team moving forward.

“However, we fully understand his reasons and agreed that it was best for both parties for him to return to Australia.

“Jake has reiterated a desire to play for the Bulls and if the opportunity arose to move back to England he is contractually obliged to inform the club.”